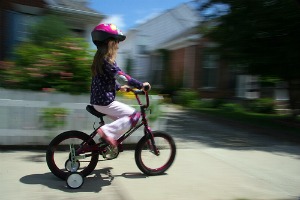 Unlike many of the intrepid travelers I’m privileged to know these days, my first forays into international travel were quite un-intrepid (if that’s even a word). I’d been shuttled back and forth across the United States three times in cross-country moves with my family, but it wasn’t until my sophomore year of college that I went overseas – with 43 of my closest friends.

It wasn’t quite “one time, at band camp,” but it was close – I was on a choir tour to Australia and New Zealand.

My alma mater prides itself on encouraging its students to travel, and January terms were a popular time to do that. Every few years, the concert choir of 40-some-odd students would go on a month-long trip somewhere, and during my tenure it was to be Australia and New Zealand. I’d never been out of the U.S., I’d never traveled without my family, and I’d never even contemplated preparing for a trip. To this day, it sort of shocks me that in all the months leading up to the trip it never occurred to me to even buy a guidebook to either country.

Back then, travel details were handled by someone else. I was along for the ride. Six months later, I was on my way to a semester studying in Nottingham, England. Again, I was with a group – albeit a much smaller one – of fellow students from my college. I’d gotten a copy of “Let’s Go! England” before this trip, but hadn’t read much of it. I was content to follow my cohorts around for the first couple of weeks.

Then I got my first taste of solo travel, when I went to visit relatives in Paris.

I lived in a cozy room in their beautiful apartment near the Arc de Triomphe. I said goodbye to them each morning after breakfast as they made their way across the city to their offices. I had dinner with them each night. The days, however, were mine.

This was solo travel with training wheels, which was pretty much exactly what I needed at the time.

I read articles these days with tips for solo travel, or advice on how to meet people when you get tired of solo travel, and I can’t even say what those tips would have meant to me during that Paris trip. Probably I’d have said I wasn’t traveling alone, since I was with family, and certainly I would have been too timid to seek out the company of other travelers in a city so foreign to me. And if I’d been armed with travel advice before that trip, I may not have had what remains a seminal moment in my life – that of getting lost in Paris and finding my way out of it all by myself, without panicking or even needing to ask anyone for help.

All these years later, although I no longer need training wheels when it comes to solo travel, I still prefer traveling with a suitable companion most of the time. It’s that companionship that helps me relish the moments when I’m on my own, to see them as special and not routine. On my own, I move differently, think differently, and travel differently. I sit still when I want, and wander where I want. I ponder.

Part of me wishes I’d been better prepared for travel in general by the time I went to Paris. Part of me wishes I’d joined my cohorts as they Eurail’ed their way across the continent, staying in hostels and drinking with the locals. That wasn’t me then, and kind of still isn’t me today. I’ve never been interested in quitting my job and taking a RTW trip or collecting passport stamps like it’s a to-do list. I’ll never be the one with stories from my stays at the party hostels in Amsterdam (or anywhere, for that matter), because I’m the one who’s fading by 11pm or just wants to get back to her room to write a bit before falling asleep.

And y’know what? I’m still a fan of travel with training wheels.

Vote for the World’s Top Hostels

Should I travel solo?

BootBlog is the company blog of the BootsnAll Travel Network, a company that has been connecting travellers since 1998. Our goal is to inspire, educate and cultivate an organic community of independent travellers. But what does that mean? Well, we love to travel and we love to connect other travellers who have the desire to get out and see this great world of ours. BootBlog will showcase what is going on around the office, around the company and within our community of travellers.

BootsnAll Member Bideshi in Portland
It's been awhile since we had a BootsnAll member stop by the office. However, thank to a recent post on the message boards wondering where the Boots Crew were these days, we managed to arrange lunch with Bideshi, aka Mike (blue shirt below).

With a couple of stints working in South … [Read more]

Awhile back I posted here about getting into the Boston Globe Travel Show for free. Turns out that was for the trade conference during the day on Friday Feb 19th, not the travel show for regular consumers like you and me that runs from the evening of Friday, February 19 to … [Read more]

When you're looking for Cellphone Rentals, try our friends at GoNomad.

What are you doin'?
Mentions of BootsnAll in the Twittersphere

Hole in the Donut

I am the Witch

Inside the Travel Lab

Life in the Expat Lane

The Mother of All Trips

Travel Off The Cuff

Travel Wonders of the World

Women on the Road

I cannot connect to the database.