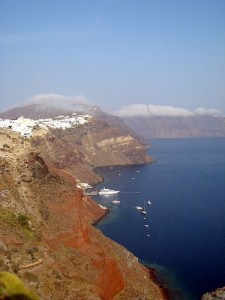 This week, we’re focusing on round the world travel across the BootsnAll Travel Network. After finishing my RTW last year — sans an RTW ticket — I’ve learned a few things about around the world tickets.

So if I could do it again, what RTW ticket would I buy? I think I would go with a west coast > Singapore > overland around SE Asia > Beijing > Tokyo > back to the west coast ticket. I like this itinerary because it takes care of the expensive jumps to Singapore, China, and Japan, while still offering lots of flexibility for overland travel and regional cheap flights on JetStar (also cheap from SE Asia to Australia).

Where would you go? Check out the January RTW ticket deals for inspiration!