Avoid the Crowds this Summer and Save 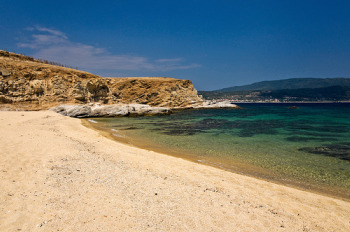 Summer is one of the most (if not the most) popular times of year for North Americans to travel. Most kids are out of school for the summer so families plan their big trips in summer; high school and college grads set off on epic adventures before they return to the “real-world” of college, grad school or career;  summer brides and grooms jet off to romantic locales on their honeymoons; and the rest of us use every summer long-weekend to make the most of our limited vacation time.

Thanks to Eyjafjallajökull’s disruptive eruption and an overall down economy, there may actually be some great summer travel deals out there. If you’re flexible, keep your eyes peeled for deals and when you find one you like, be sure to jump on it. It’s hard to predict what the future holds, but most agree that the United/Continental merger will drive prices up in the long run. If flight prices are too high for you to handle, consider a road trip or travel by train.

Another money saving tactic: avoid the most popular summer travel spots. Sure, those spots are popular for a reason – Paris is lovely in summer – but they’re also crowded and overpriced. I’ve always been a big fan of heading to a place during its off-season and some of the best trips of my life – Argentina in August, Iceland in March, Spain in December – have been to places when the weather may not have been ideal but the prices were low and the crowds were virtually non-existent.

Heading off the beaten track can help you save money and avoid crowds as well. Forgo Rome and Florence for Sicily and Sardinia in Italy. Bypass Barcelona for the small towns in Spain’s La Rioja region. Forget France’s wine country and head to Croatia’s instead. Skip the safari in South Africa and try Namibia. Avoid the US’ big cities and pick small towns instead. Pass on the biggest name attractions and seek out the lesser known. In addition to having to contend with fewer other tourists, you may also find that your money goes much farther here than in more popular destinations.

Remember to play it safe no matter where you go though, and invest in some travel insurance. Especially if you plan on getting far off the tourist trail and visiting a less-developed country. It’s not a bad idea to secure some travel medical insurance; after all, with the money you’re saving on your summer travels, you can afford to protect yourself and your investment.