Books That Make You Want To Travel To England 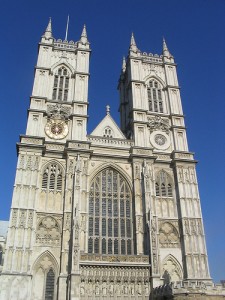 I was an avid reader growing up, so I had always wanted to travel to London and see where so many literary classics were written. OK, it wasn’t the only reason, but when I did a summer study abroad program in Marseilles, France, I was stoked to find the cheapest options from Portland were flights to London, instead of via Paris (the amount I saved on airfare, I ended up spending on hotels in London, but that’s another story). So without further ado, here are four books that inspire the British arm-chair traveler in me…

Oliver Twist Charles Dickens is one of the greatest story tellers of all-time, and I had an early collection thanks to my great grandma’s appreciation for the classics. Just like Atlas Shrugged (Rand) makes you want to travel to New York and see North American industry at the turn of the century, Oliver Twist does the same for England. If you’ve only read the Cliff Notes, it’s worth a re-read!

Strawberry Fields After enjoying Marina Lewycka’s A Short History of Tractors in Ukrainian, I was happy to discover her follow-up novel (also called Two Caravans in England). It follows a group of migrant workers (Polish, Ukrainian, and Chinese) as they try to start new lives in England, which is easier imagined than actually done, especially while they’re working the strawberry fields in the English countryside.

The Guernsey Literary and Potato Peel Pie Society I almost didn’t want to read this book since it seemed to be getting unfailing rave reviews, which made me think “what’s the big deal”, but I ended up really liking the letter style of writing. It’s an interesting look at what World War II might have been like for residents of the Channel Islands, located between France and England.

High Fidelity Nick Hornsby has a great writing style and High Fidelity is one of his best. Even if you’ve seen the movie, it’s a fun, light read — a great vacation book about a music-obsessed record store owner.

Even though I’m taking a break from travel after my RTW trip last year, I love how books can be used as travel inspiration. So whether reading Faulkner is inspiring you to see New Orleans and you’re looking for Mardi Gras travel deals or Hemingway is making you want to book the next flight to Paris, enjoy your winter reading! What books have inspired you to travel?