Getting to Know Italy 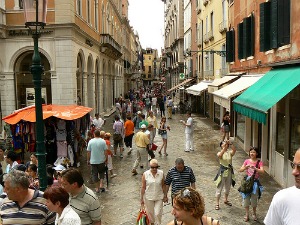 An Italian vacation is the stuff of dreams – it’s the kind of trip people discuss in “once in a lifetime” terms, although many make multiple trips over the years. Even if you do end up going back, you want your first trip to Italy to be the sort of experience that will, years later, make you swoon at the memory.

Unfortunately, that sort of experience doesn’t happen by itself.

We hear about Italy so much it’s tempting to assume that having a storybook holiday there would be almost second nature. It’s true that there are far more difficult places to visit in the world, and that if you stick to the relatively popular path you’ll find a tourism infrastructure that does make it easier, but there are still things you should know about Italy before you hop on a plane. Here are just a few.

Have you visited Italy before? What are some of the things you think people should know about Italy before they go for the first time?