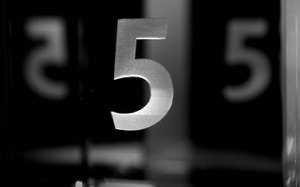 You may remember back in March when we excitedly announced a new writing opportunity we were launching at BootsnAll – the BootsnAll Travel Writers Platform. Well, we’re back to excitedly and officially announce the first five writers on the platform. We hope you’ll help us welcome them to the BootsnAll family – we’re looking forward to reading all the fabulous stuff they’re going to be writing about their given locations or travel topics.

As a side note, because this was going to be the first group of writers in the BootsnAll Writers Platform, we knew we had to choose people who were not just good writers and knowledgeable about their topic, but also people who would be the perfect ambassadors of the program – and would serve as mentors for future groups of writers who will come after them. And we think that not only did we check all of those boxes off with this team, we hit it out of the park. It’s a stellar group of people who we’re all thrilled to have on board.

Read on to find out more about each one of our “fabulous first five.” 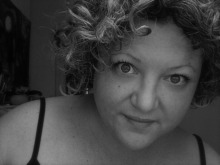 Christine Cantera is our France expert, and we’ve got good reason to trust her with the most touristed country on earth. Christine has lived in Europe since 2002, and spends most of the year in the town of Montpellier in the South of France. She knows how popular travel to Paris is, and is eager to share with readers what makes venturing out into other parts of France so enchanting. Christine is a confident traveler with a dry wit, an eye for good photos, and the refreshing ability to tell it like it is.

You can find Christine in the following places: 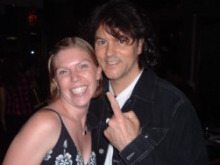 Our Las Vegas expert is JoAnna Haugen, who is incredibly well-traveled – including a stint in Kenya in the Peace Corps. She’s lived in Sin City for three years, and her traveler instincts mean that she remains fascinated by the mix of people in Las Vegas, not to mention the variety of things to do. JoAnna isn’t one to turn down a nice meal or show on The Strip, and she’s equally happy hiking or skiing in the mountains surrounding the city – so she’s the ideal guide for an intrepid traveler in Las Vegas who wants to consider all their options.

You can find JoAnna in the following places:

Ever since our Spain expert, Nellie Huang, first set foot in the country three years ago, she’s been captivated by it. Nellie has traveled extensively, but that hasn’t stopped her from settling (in that way only nomads can, living in three different cities in three years) into the rhythms of a Spanish lifestyle. Because she’s lived in Madrid, Seville, and Granada – and because she’s just naturally good at making friends – Nellie has a network of contacts all over Spain who will supplement all her own great tips about traveling through Spain.

You can find Nellie in the following places: 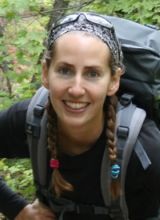 Everyone likes picking up a new piece of travel gear before a trip, but our travel gear expert, Amiee Maxwell, is a real fanatic when it comes to gear. As she puts it, she “spends as much time as possible living out of her Subaru in the Utah and Nevada desert” – and you can’t do that (at least not with a smile on your face) without the right kind of travel gear to make your trip easier and more comfortable. Amiee is obsessed with getting the right gear – she knows how the wrong gear can wreck a trip, and she’s determined not to let that happen to you.

You can find Amiee in the following places: 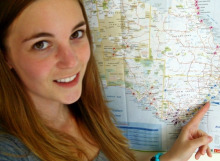 Last but not least is our Australia expert, Brooke Schoenman. Brooke started traveling around the world in 2007, and although she didn’t plan to stop moving she has now lived in Sydney for more than a year – and absolutely loves it. She’s gifted with an explorer’s sensibilities, and is eager to get out and see the parts of Australia she hasn’t yet visited (it is, after all, a big place). Brooke is a wealth of information on Australia, and you can bet if she doesn’t know the answer she knows where to find it.

You can find Brooke in the following places:

A hearty welcome to our new BootsnAll writers!

photo at top by Michael | Ruiz