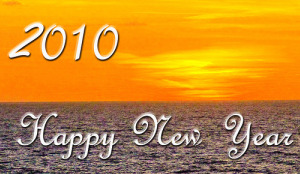 By pretty much any account, 2009 was a rough year for travel. The economy made it so many people postponed or canceled trips altogether, and that in turn meant that travel companies already struggling found it even harder to make ends meet. And economic troubles aside, the year ended with an attempted attack (thankfully thwarted) on a plane bound for Detroit.

Yeah, I think I’m not alone in saying I’m happy to see 2009 in the rearview mirror.

One interesting thing to note, however, is that although news outlets were telling us all year long that fewer people were traveling, we saw more traffic all over the BootsnAll network of sites. That’s partly due to the fact that we have always had as our target audience serious budget travelers and non-traditional travelers. The economy forced more people to get smarter about traveling on a budget, and we were there to help those folks, too.

But in addition to that, the truth is that even if some people couldn’t afford to take a big vacation in 2009, that doesn’t mean they’ll never travel again. They may need to save a little longer to take their dream trip, and they may adjust their travel style overall to more closely match a new budget, but they’re still going to go. There is, after all, only one Rome in the world – and if that’s on your lifetime to-do list, you’re not going to miss it.

Since I’m the resident Italophile at BootsnAll, I’m all about helping more people realize their Italy travel dreams with BootsnAll’s Italy travel guide – whether that’s in 2010 or beyond. And since Italy has a long-held (and justified) reputation as an expensive destination to visit, people have been adjusting their travel budgets for Italian vacations for a long time – economic downturn or no. So here are a few thoughts on making 2010 the year you take that trip of a lifetime to Italy (without spending your life savings).

These tips are Italy-specific because that’s my area of expertise, but there are money-saving tips like these for every country around the world. Sure, some places are going to cost you more than others – but even the ones with reputations for being the most expensive don’t have to be out of reach. I think I speak for many people when I say that I’m feeling optimistic about what 2010 will mean for travel. And if 2010 is your year to get out there, BootsnAll is here to help you do it for less.